The laser light output from light source (fiber) spreads out and scatters depending on NA (numerical aperture) of used fiber. The laser head focuses the spreading light into target size (beam diameter) or length (WD).

The coaxial observation is the laser head that is designed to enable confirmation of beam light focusing point and position of physical object on the monitor by allocating an axis for camera for the laser axis.

This is an irradiation head for which optical design is implemented according to target specifications such as beam diameter, WD, beam shape, divide. Small and light design realizes easy attachment.

This is a 3-axis coaxial laser head adding laser axis, camera axis, and radiation thermometer axis that can monitor the temperature at a point where laser is irradiated.

The area where the laser light is irradiated becomes hot due to light absorption and discharges the radiation. The temperature at the irradiation point can be measured by importing the discharged radiation into semiconductor sensor using a lens.

Specifications of temperature sensor (depending on the used sensor)

- The laser irradiation point is checked with video (coaxial camera)

This system is optimum can totally resolve the issues of laser processing and is optimum as product management traceability item.

Design and fabrication according to your existing laser are also available. 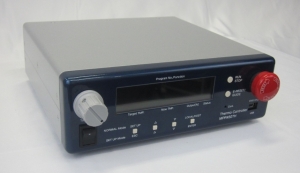 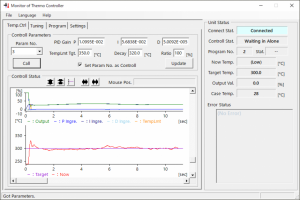 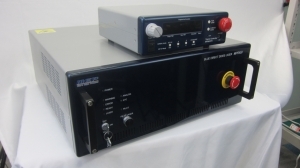 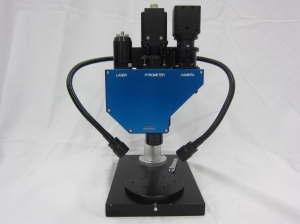 Reading a QR code with a mobile barcode reader enables you to access the mobile version website.

Advertisement posted on THE SANKEI SHIMBUN (South Kanto version) as of August 22, 2018